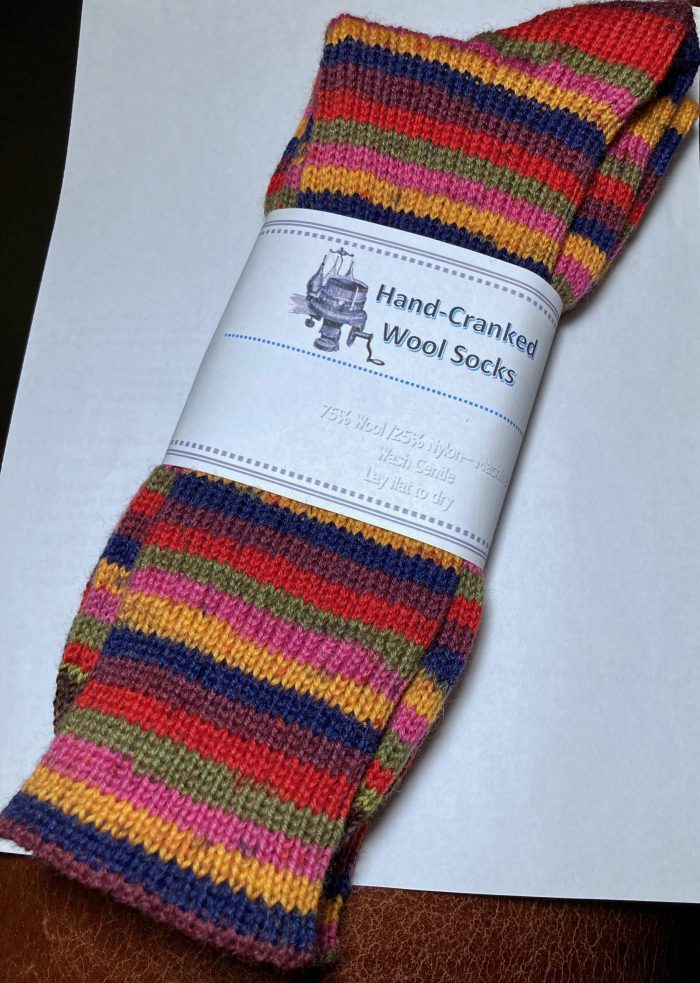 The Satisfaction of Overcoming Difficulties

Typically, I’ve always been kind of lazy. I’m usually looking for shortcuts and ways to cut corners. But in the areas where I work at overcoming difficulties, it can be incredibly satisfying.

One of the Few Places I Work at Overcoming Difficulties

Strangely, I’m not overly mechanical or handy. I have also found less portable hobbies to be not my preference. That’s why knitting and crochet have always been something I focused on.

As noted above, I also try to avoid complexities. I try to simplify things as much as possible.

So it’s quite odd that I’ve become so fond of working with the antique Gearhart circular sock knitting machine.

It’s definitely not portable. And it is complex as all get-up.

And yet, I find it completely compelling.

After knitting five socks almost flawlessly, the machine decided it wasn’t going to cooperate so I could finish the sixth sock. It started dropping ribber stitches on one section of the ribber plate.

Again, my normal M.O. would be to give up and walk away. But uncharacteristically, I started systematically making adjustments that I thought would fix the problem. As I noted in the last blog entry, I thought a time-out was called for. But I didn’t stop. I kept trying. Seven failed attempts and I was getting frustrated. None of the typical adjustments fixed the problem. I continued on.

And finally, I figured out the problem. Turns out I left a parked ribber needle in the cylinder slot and it was messing shit up. Don’t worry if you don’t understand that…very few people would. But I fixed the issue and flawlessly cranked out the sixth sock just in time.

I have been walking around with my chest out thinking I am quite amazing. The machine will fix that in short order, I’m sure.

Here’s the third pair (including the elusive sixth sock).

This pair was made with the inexpensive yarn. Love the colors and love the result.

I also got some additional spinning finished (all the time pondering what adjustment I could make to the sock knitting machine to make it work again).

Almost finished with the singles and looking forward to plying up this yarn. I’m thinking it’s going to be some very fine yarn. Honestly, I found myself cheating on my current spinning project. I just had to see how the new Jacob fleece would card up and spin. I’ll update you on that next time hopefully.