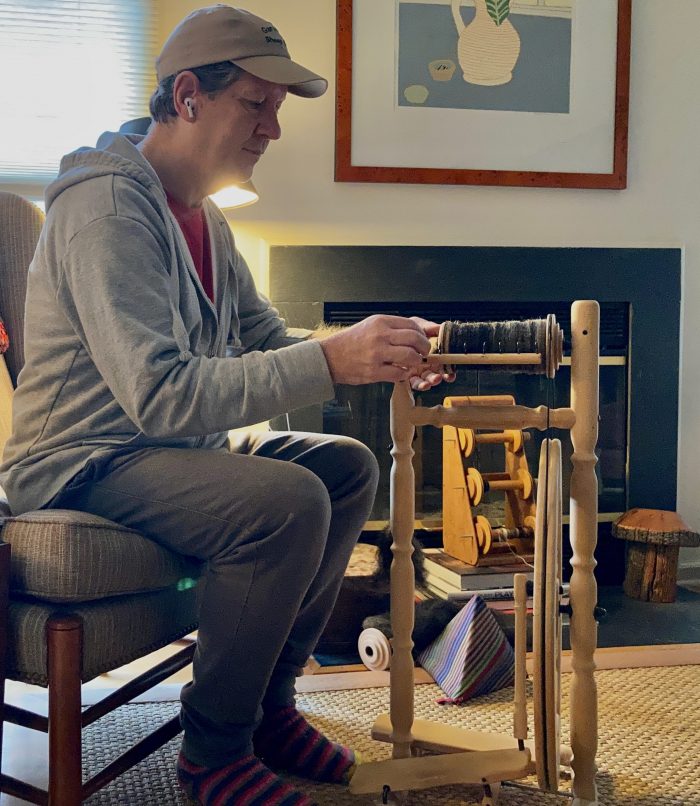 As a mostly self-taught spinner, I honestly never know if my spinning technique is good, bad or somewhere in between.

No Spinning Police To Judge My Spinning Technique

Hopefully, spinning is like knitting. There really is no “right way” to spin. And to be honest, unless someone could explain how my method of spinning could be modified to make a better yarn, I wouldn’t be willing to change.

After I posted the time-lapse video of me spinning in the last blog entry, Jesse left a comment on YouTube that I spin very fast. I recognize that he was joking. But I really do spin rather fast. Here’s a short video briefly describing my method of spinning yarn.

The only drawbacks I’ve ever had with this method is a less-than-perfect consistency of yarn and twist. But I’ve used my handspun in many projects over the years. And I’ve like the results.

Thanks, in part, to the speed with which I spin, I was able to finish the first bobbin of singles. And start the second one.

This is the American Jacob fleece (from a local sheep named Minette) that I’m carding and spinning “in the grease.” I’m very much looking forward to seeing the resulting two-ply yarn after it’s washed.

I’m quite pleased with the colorway for the completed scarf. The newly started scarf…not so much. But I know there are those who will like it.

3 comments on “My Spinning Technique”