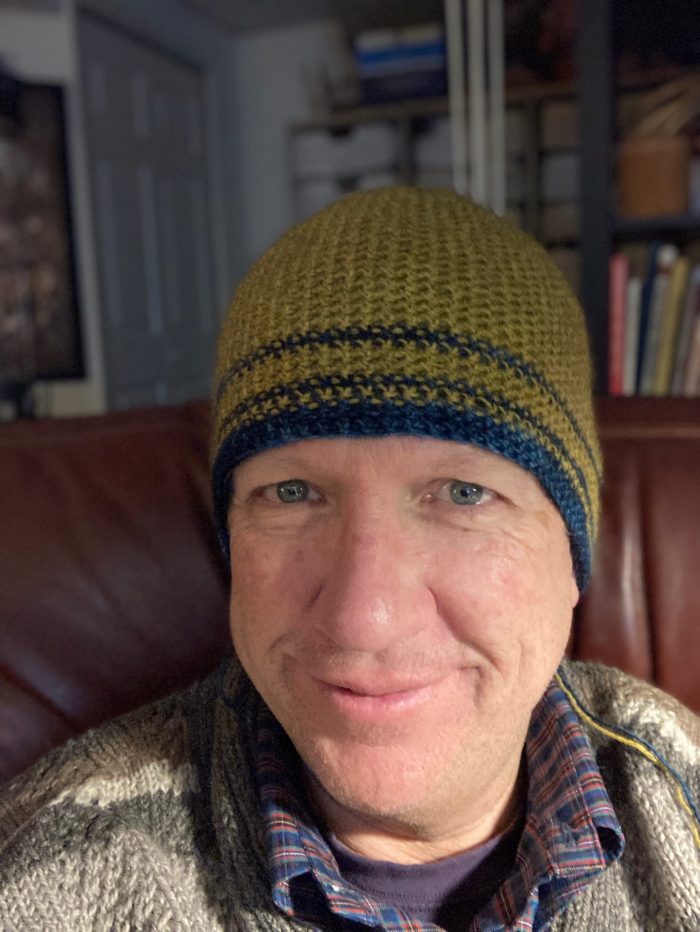 I Learn By Doing

Taking a workshop, reading a book, watching a YouTube video. None of those help as much as doing. I learn by doing.

The Best Method for Me – I Learn By Doing

In the last blog entry, I mentioned I was totally distracted by a new crochet hat design.

The hat uses a crochet stitch called Thermal Stitch and there are tons of patterns, tutorials and videos about it.

First, I taught myself how to crochet the stitch. It’s really quite a simple stitch. I tried it out and I could easily execute the stitch. But to make a hat, I needed to do thermal stitch in-the-round. So I found a tutorial on that. In fact, I found a YouTube tutorial on making the hat I was hoping to make.

But I realized my crochet skills weren’t quite good enough. I couldn’t really read my stitches well enough to start with 120 stitches. I kept getting my base chain twisted. After three attempts, I was going to call it quits. But fortunately, the guy who originally posted photos of the hat made a useful comment. He said he hated the on-line patterns and crocheted his top-down. He started with magic loop and 8 single crochets. That I could manage!

I quickly learned that I don’t really know how to shape a dome in crochet. Getting the shaping uniform without creating a ruffle wasn’t as simple as I expected. So this process took a few attempts and quite a bit of ripping out. But I finally got it.

The last piece of information was also provided by the original poster on Facebook. He mentioned that he stopped shaping when the top of his hat was a little less than 7″. I was planning on using the number of stitches in the video tutorial for the bottom-up hat. I ended up using a LOT fewer stitches. She uses 120 sts, I ended up using 80 (and I was using a smaller hook than she uses…her hat must be big).

Overall, I learned from posts and comments on social media. Also, from google searches and YouTube videos. But mostly I learned from trial and error.

I love how the hat came out. The waffled fabric is very much like the fabric used by thermal underwear.

The fabric is squishy, dense and warm.

It’s one of the few hats I’ve made that looks better on my head than it does on the mannequin head.

I will definitely be trying out this hat again.

8 comments on “I Learn By Doing”