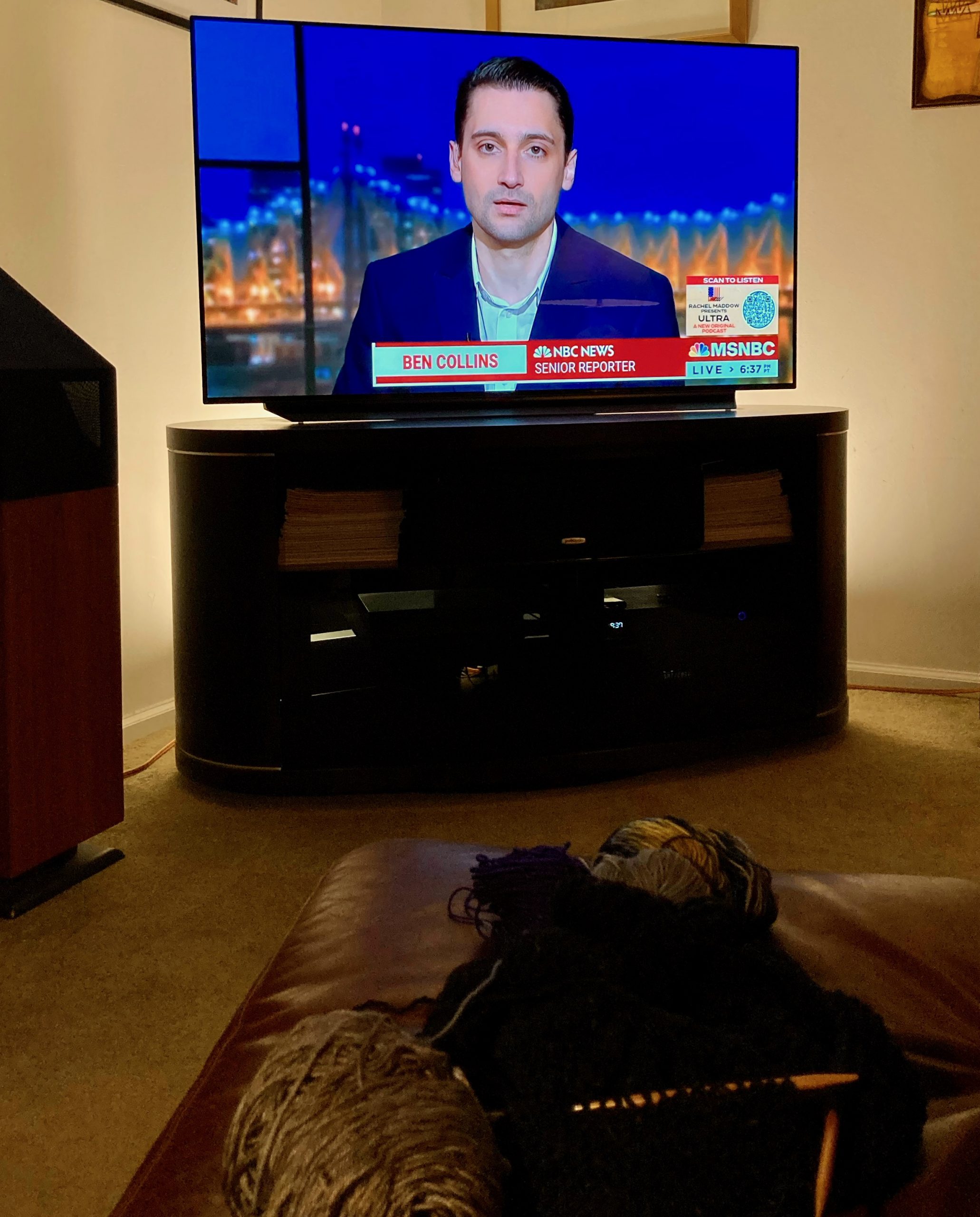 Does anyone else ever create mental fantasies with television or movie people? My new crush is Ben Collins a reporter on NBC. He makes me want to knit something for him.

What’s Not To Love About My New Crush?

To be very clear, there is nothing to indicate Ben Collins is gay. And he has no idea who I am. Ben Collins covers disinformation, extremism and the internet for NBC News. And that means he’s been appearing on my television screen a LOT lately. Also, it means he needs to maintain as much privacy as he can from the nutbags out there (like me perhaps?).

I have to admit, I could never do his job and keep sane. He’s constantly researching some of the most insane conspiracy groups and forums on the interwebs. Anyway, I am extremely grateful that he shines a light on the amount of truly crazy shit that’s out there. But, he does it with such a clarity that provides insight into these extreme phenomena.

Crush? Fan? Grateful viewer? It all gets very confused in my head.

I was able to finish the Horizontal Garter Stitch Scarf.

It’s long (83″/211 cm) and about 5.5″/14 cm wide. It’s thick and squishy and looks really smart and nicely finished. So, here are the details in case anyone would like to replicate it:

“Pattern:” Cast on 259 sts. Each row, Knit 256 sts, bring yarn to the front and slip 3 stitch purlwise for 32 rows. Then, bind off by * Knit 2 to back of loop, move stitch from right needle back to left needle and repeat from * until all stitches are bound off.

Honestly, I was so pleased with how nicely this turned out, that I’m making a second one now.

So, I’m pretty certain it will be finished before my show on Sunday, so I’ll have two of these beauties to sell.

3 comments on “My New Crush”