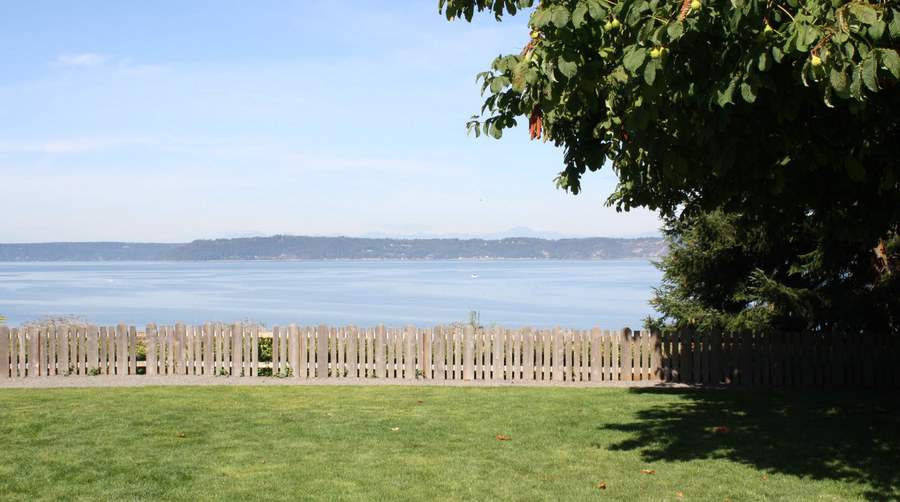 Where do you start?…I guess a summary might be good. Amazing men, great venue and stupendous effort on the part of WonderMike and Brian.

Dumas Bay
The venue for this year’s West Coast Retreat was Dumas Bay Center in Washington State, about 20 minutes from Seattle/Tacoma airport. 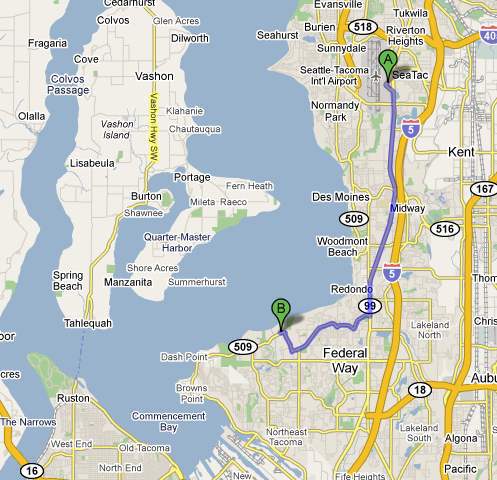 Since we were right on the water, the grounds (and the view from our conference room) were just beautiful. 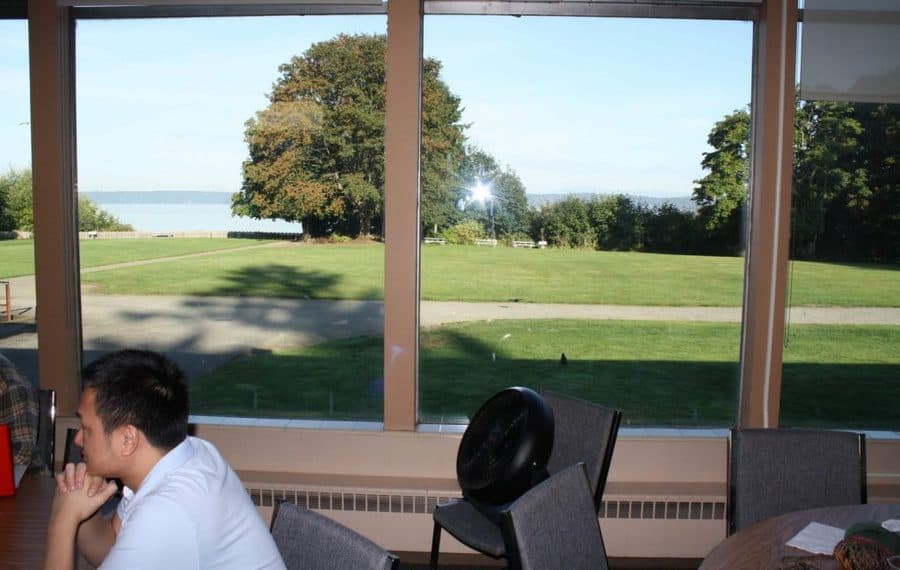 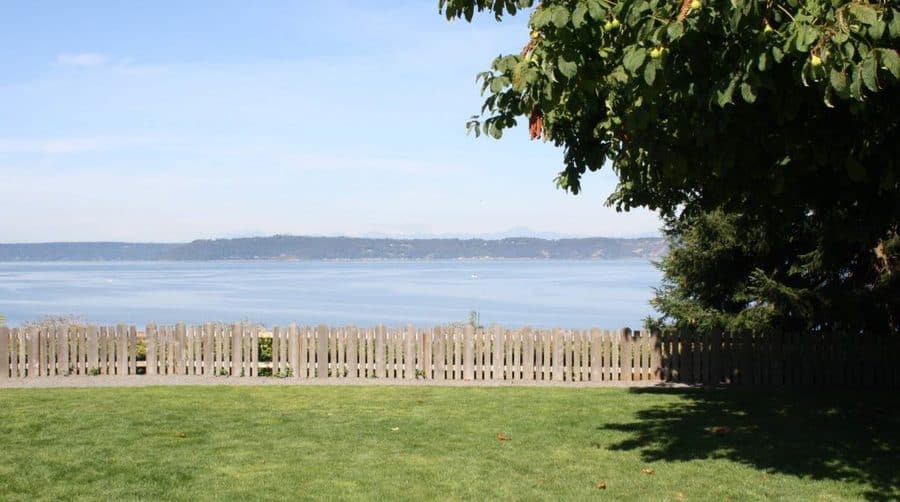 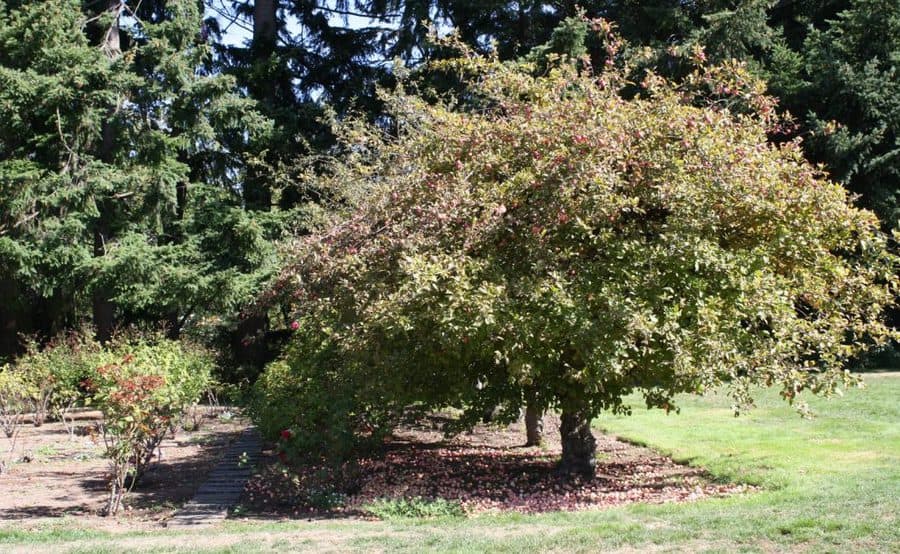 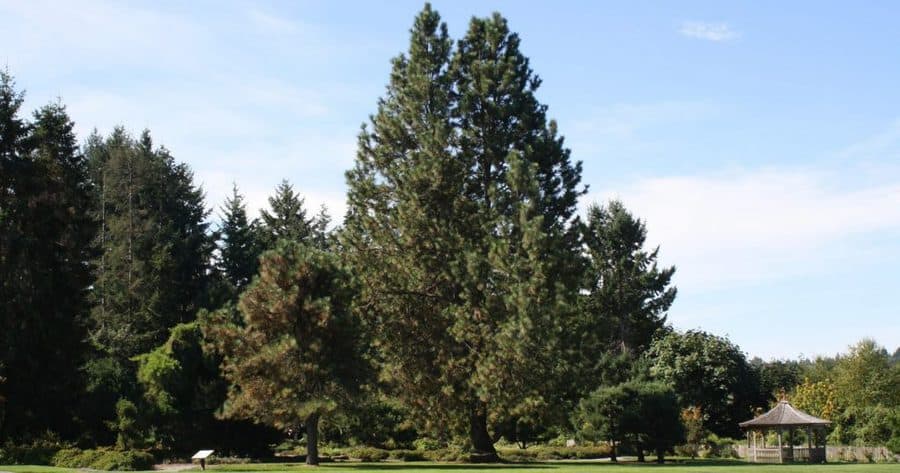 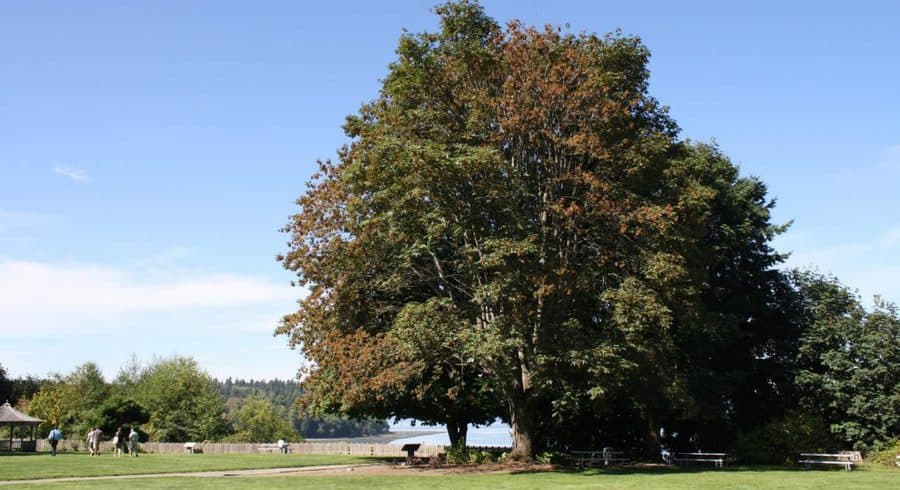 The building itself, was an old nunnery and also had a part of the living facility set up for monastic retreats for the male clergy. So it was simple and very functional. 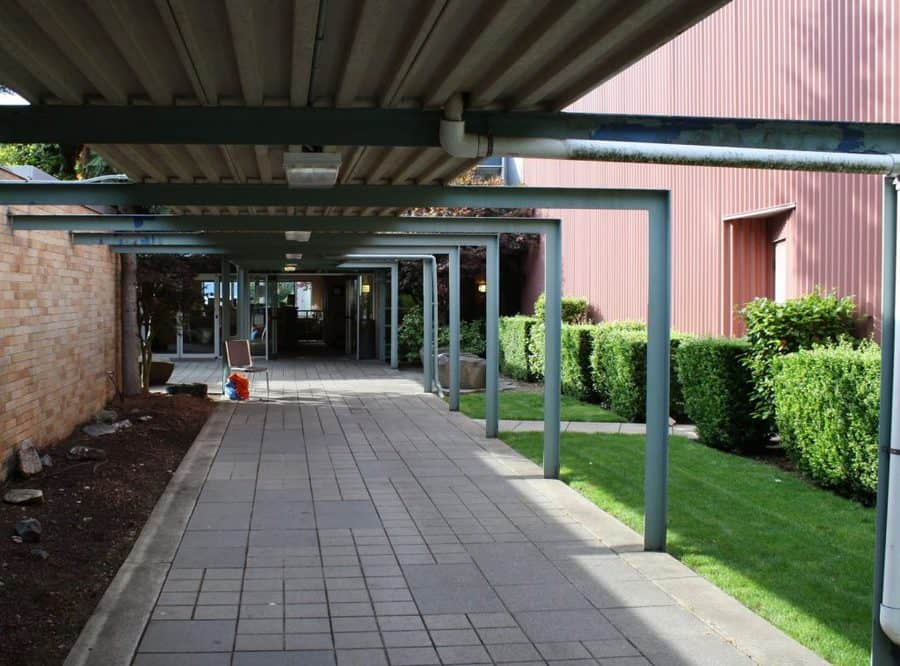 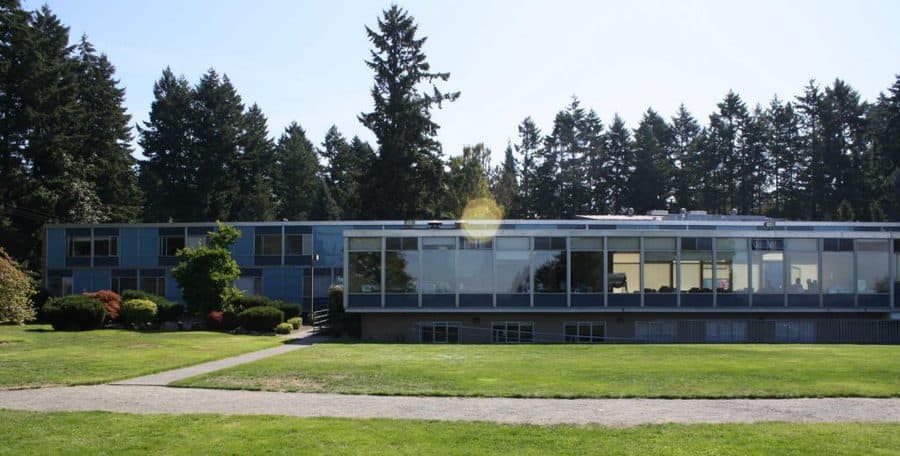 While we shared a shower room with the other guests, I had my own room for sleeping with a small bathroom with just a sink and commode. It was nice having a private space for sleeping where I didn’t bother others with my snoring.

The Agenda
There were workshops led by volunteer/participants, there were two road-trips, and there were two guest speakers (in addition to three scheduled meals a day). There was also a pajama/movie night. Suffice it to say, the weekend flew by.

I took one course, and went on one field trip. I really wanted to keep as much of my time for just hanging out with the other guys.

The workshop was excellent. Franklin delivered a class on how to take fiber-related photographs. 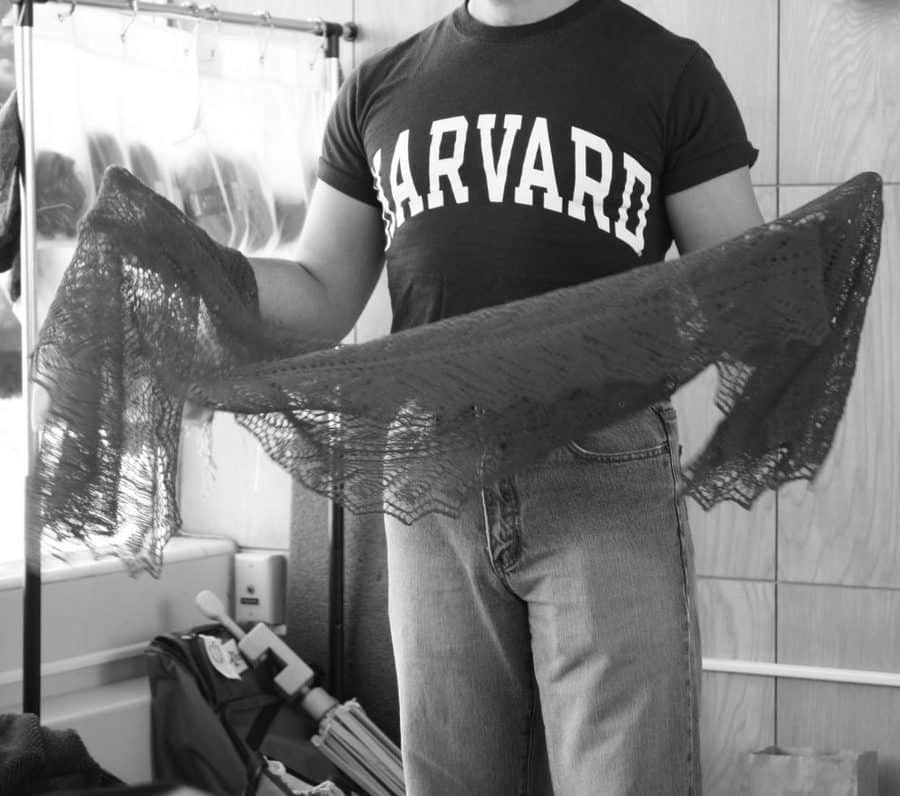 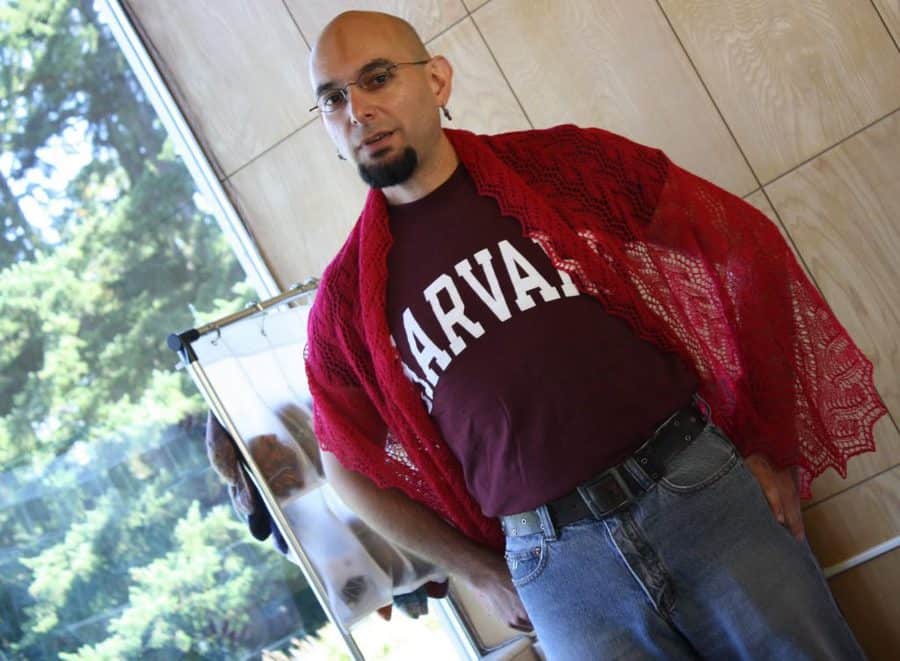 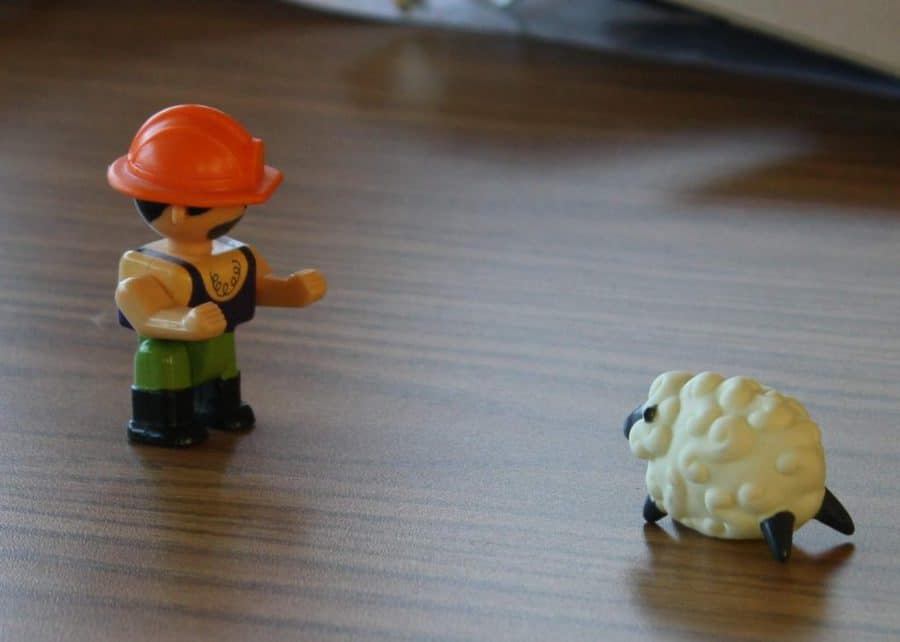 Actually, he gave us an incredibly succinct and jam-packed course on photography with specifics on how to photograph yarn and knitted items. Despite the fact that I already knew quite a bit about photography (although you’d never know it from this blog), I learned a lot of great techniques and ways of using my camera that I had never tried. The constuction worker and sheep were his teaching aids…you can imagine the positions in which they were photographed.

The one road-trip I took was to the Skacel offices and warehouse. 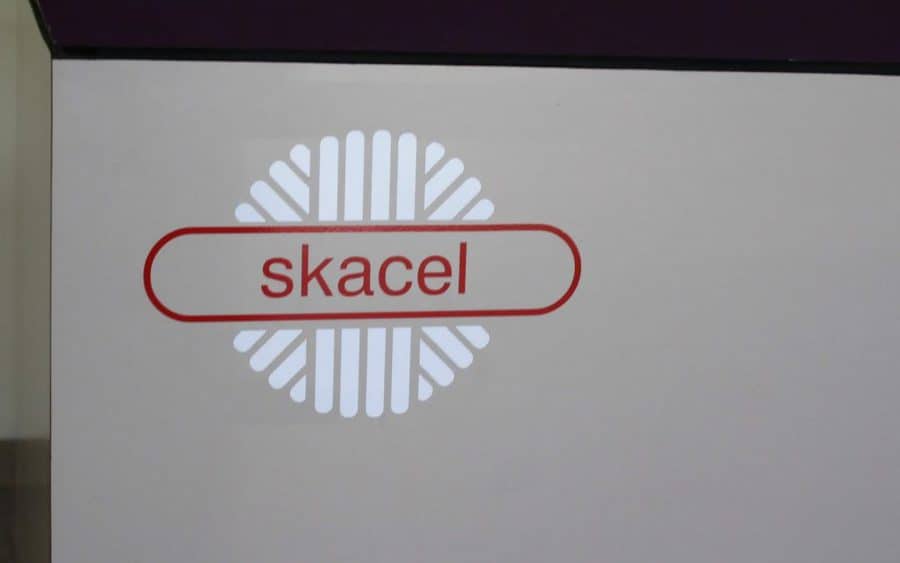 The place and the folks that work there are the best. I’m surprised they didn’t strip search me on my departure…for me, this would have been like a bank robber getting a tour of Fort Knox without any security or oversight. 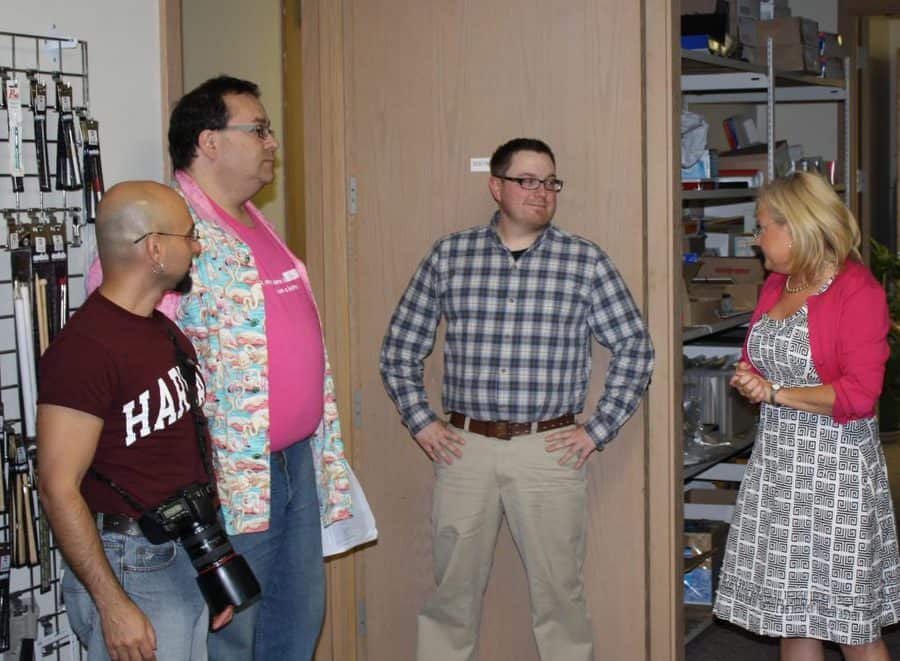 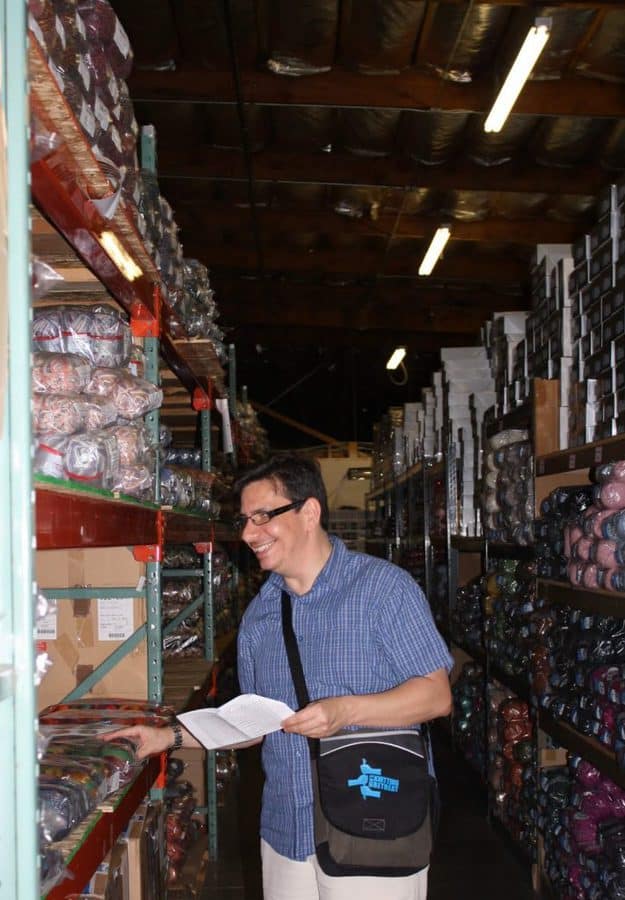 Fortunately, since Skacel only sells wholesale, we had a retailer in our midst who had an account with Skacel, so we could purchase items through him. 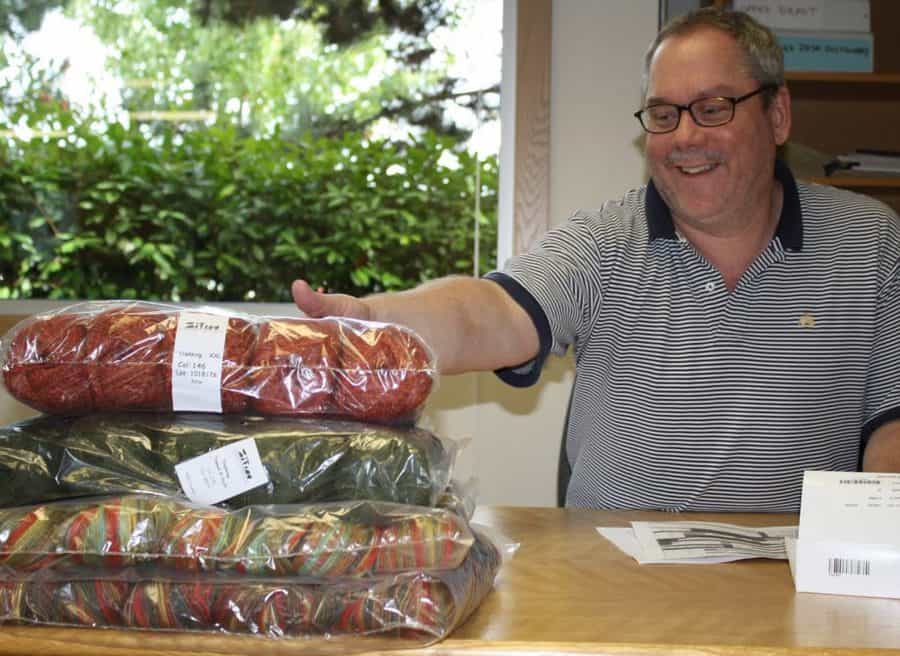 I did quite a bit of damage. I bought two bags of some glorious yarn, called Opus. 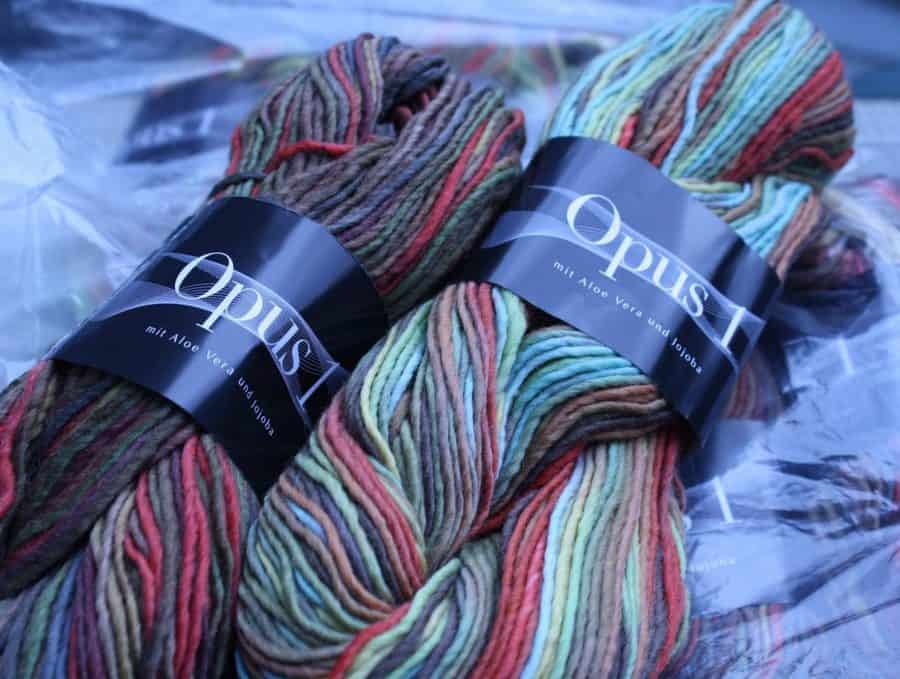 I have no idea what I’ll do with it…I just had to have it. I also got two bags full of Trekking XXL in gorgeous colors. 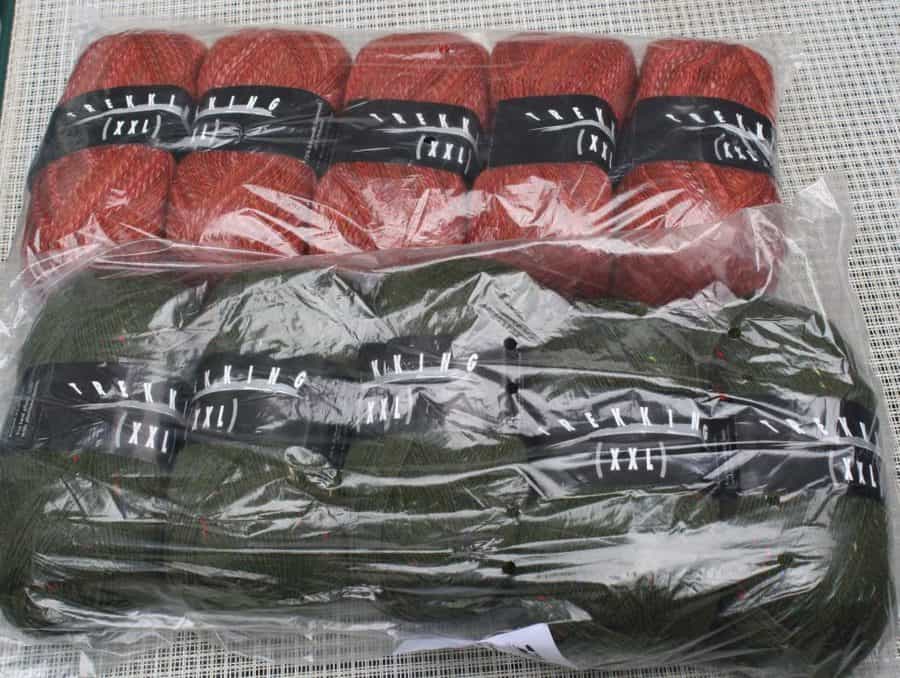 Finally, I bought so many Addi Turbos (my favorite basic needles), that they gave me one of their “employee-only” t-shirts allowing me to announce my Addi(ction) to the World. 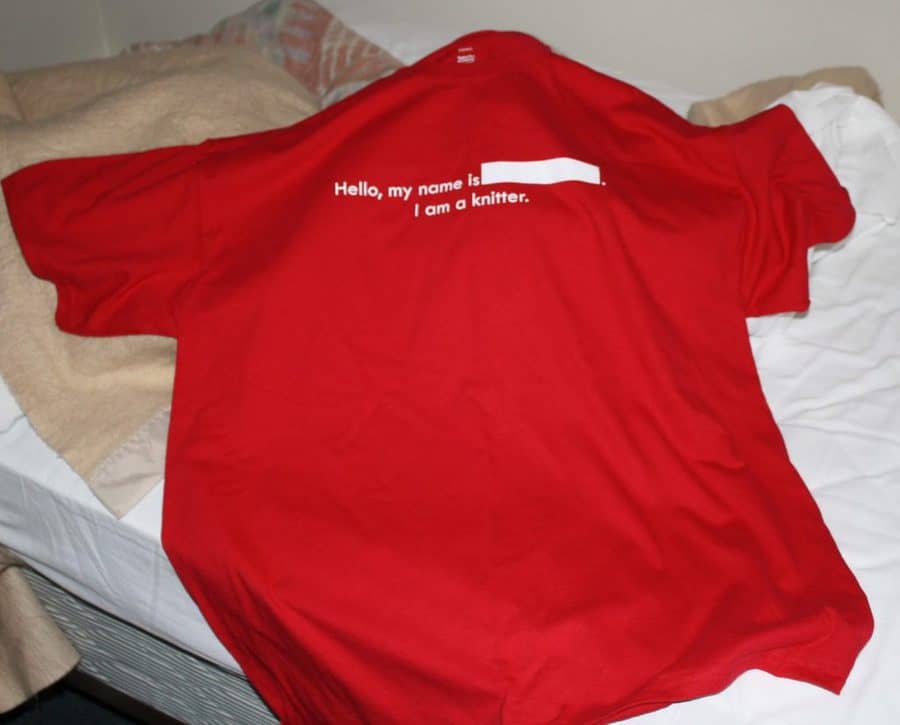 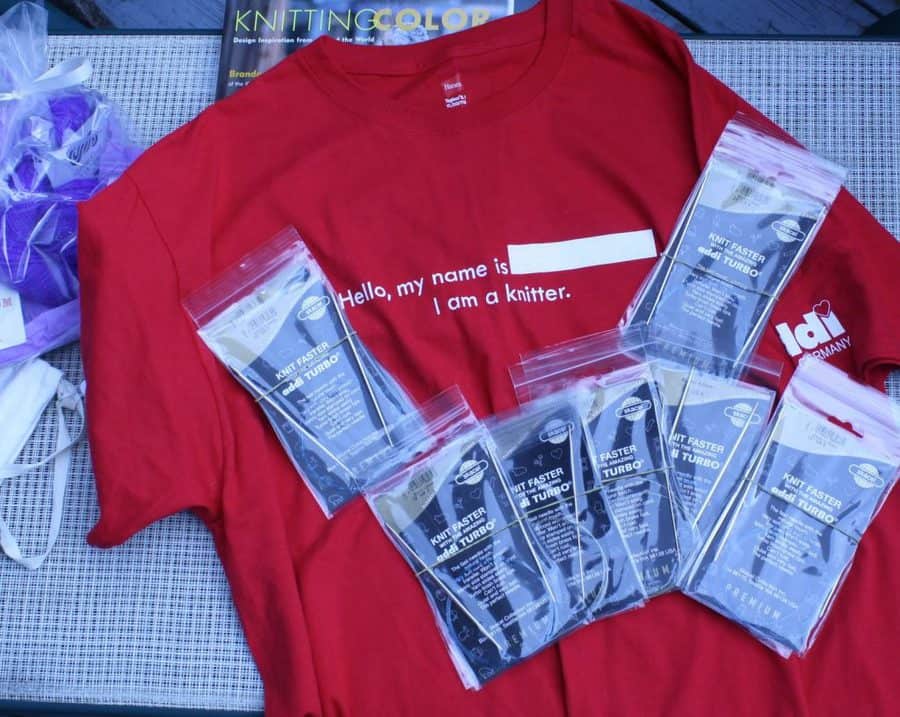 We also got some great inside scoop on upcoming developments with their needles. Two things in particular. First, their lace needles are possibly going to get a new coating which will make them better for the small population of people whose skin chemistry causes the needles to tarnish (I’ve never had this issue). Along with this change, the needles will get a bit more smooth, which could be a good thing or a bad thing depending on your preference. I got to test out the new coating, and for me, while it was slicker to knit with, it made no difference at all in terms of how I enjoyed using them.

The other development is a new 8″ circular for those who hate using double-points, two circulars or “magic loop.” The needles are shorter than normal to allow for the most amount of cable in an 8″ circular. Personally, I would never use these, but I know a lot of people that will be very happy about these new needles.

I’m currently working on two projects (only one of which I have a photograph.

I started a new Man’s Lace Scarf, using a much more colorful colorway of Mini Mochi (I’ll post a photo on the next blog entry) and I started a new basic sock, using the fantastic possum/merino yarn from James at J.O.Y. 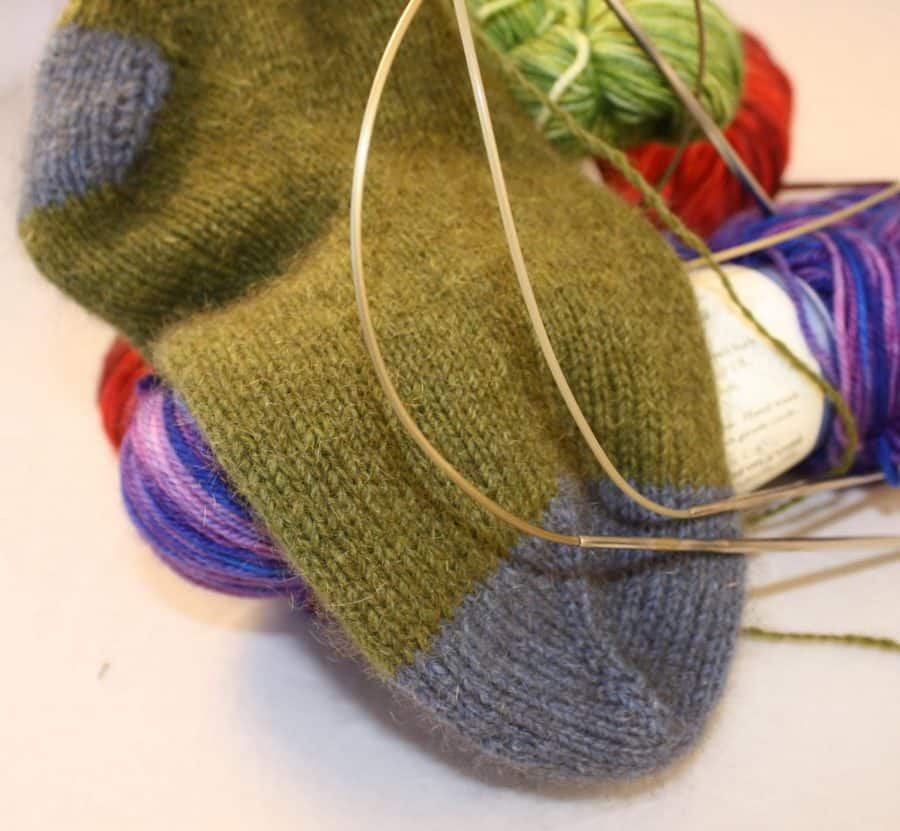 With Franklin’s help, I was finally able to get a photo of this yarn/fabric that does the yarn justice. A lot of guys at the retreat are now wanting to get this yarn having gotten to fondle my sock.

Readers’ Comments/Questions
Jennifer writes, “Your vest is so fantastic. Is the armhole edging applied I-cord?”

No…it’s much more simple, yet is a nice way to finish off the edge of a fabric while adding very little additional fabric. I simply picked up stitches around the arm hole, did one ridge of garter (knit one round, purled one round) and then cast off. Sometimes, I knit two rounds before casting off, which kind of curls in on itself and looks even more like i-cord.