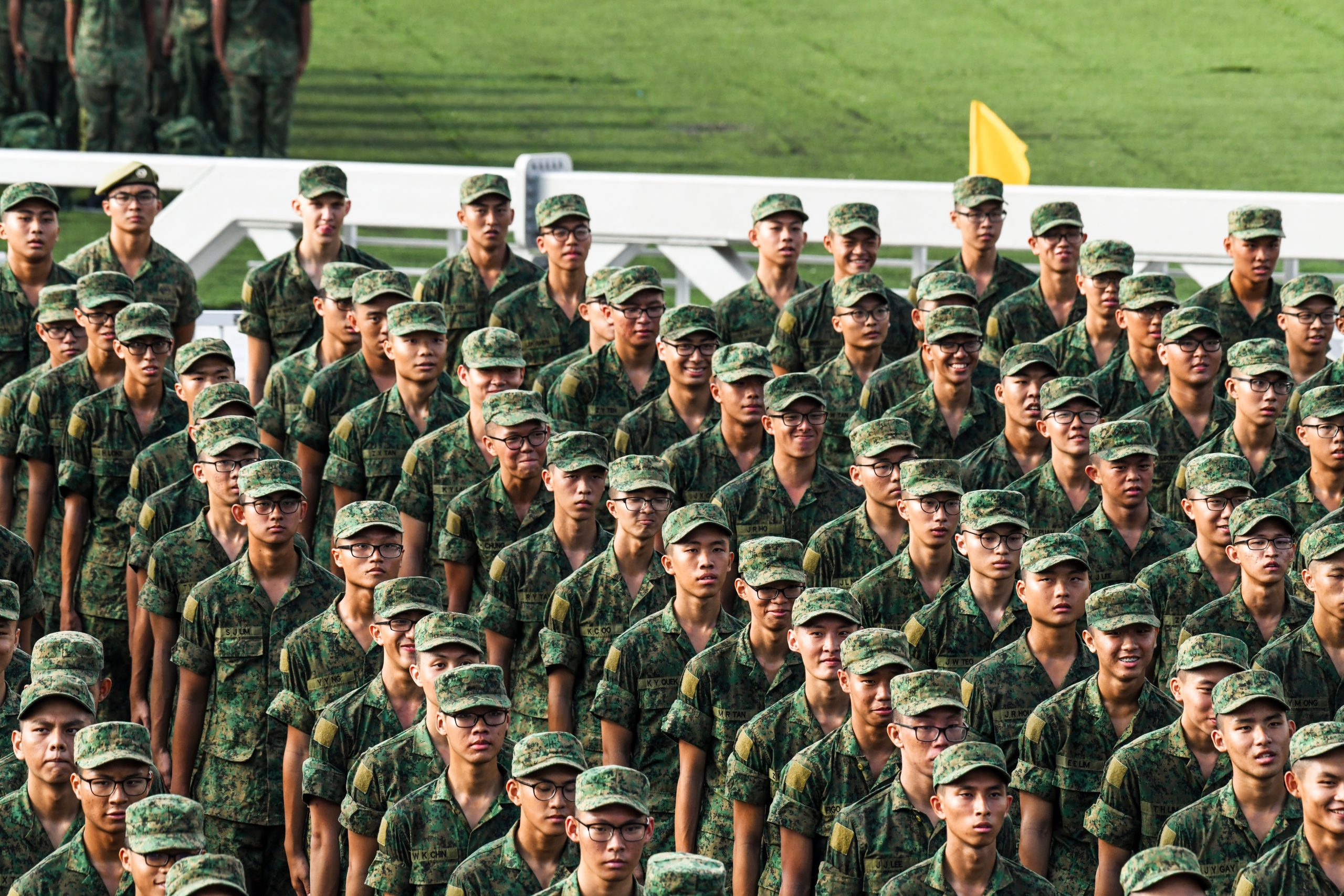 Did you know there are about 75 countries around the World that have some form of mandatory national service? Do you think it would be a good thing for the United States?

What is…and Why Mandatory National Service?

In Israel, for example, most of their citizens are required to do compulsory National Service for 2-3 years. They call it conscription, and once an Israeli reaches the age of 18, most are required to participate. Based on their physical abilities and/or religious beliefs, they are assigned to various services.

The benefits seem obvious to me:

None of my siblings (nor I) were required to serve in the U.S. Military.

How It Would Have Served ME!

When I first entered the workforce, working for a large corporate bank, I was ill-equipped in many ways. Sixteen years of education and summer jobs didn’t come anywhere close to preparing me for working in a corporate environment. I had some exceptional supervisors and managers in that first job. But there was a lot of “coaching” that was required to get me to understand what was expected of me. It could not have been easy for them.

Two years of National service would have prepared me in a much better way.

Don’t get me wrong, I did NOT want to fight in a war. I am also extremely glad my brothers  weren’t required to go to Viet Nam.

It’s not likely it’s ever going to happen, but having National service as a requirement for all U.S. citizens seems the right way to go. Bone spurs or not.

What are your thoughts?

Did anyone notice the mistake in my knitting from the last blog entry? 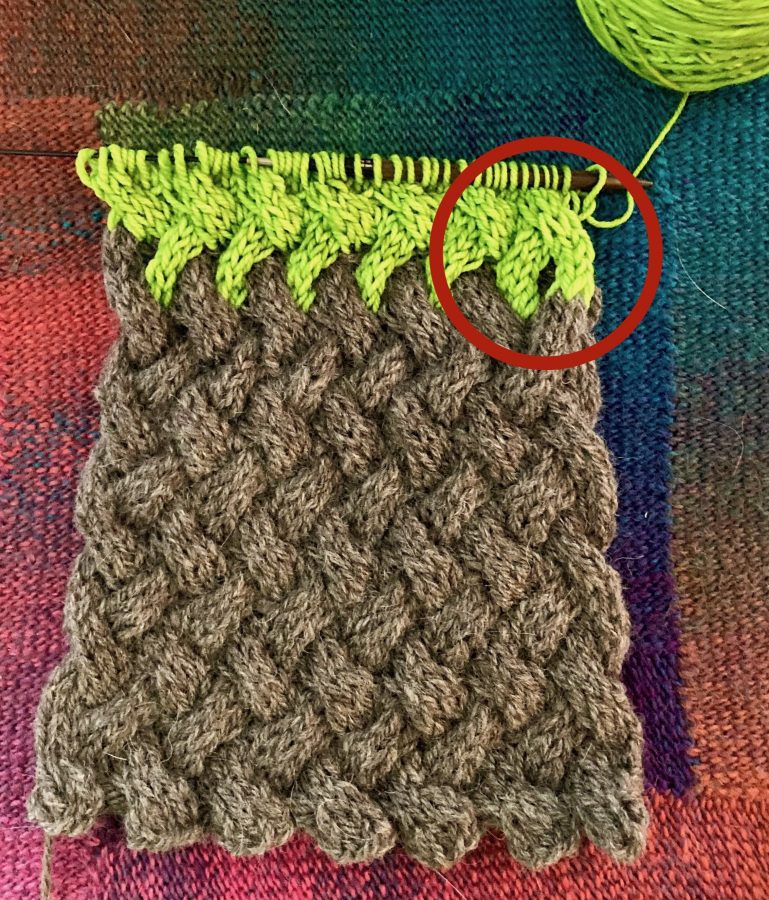 No? Neither did I.

I had knit three color-blocks on the Crosstalk Scarf. In the second color-block, I noticed a mistake, but I wasn’t too worried about it. But when the designer pointed out my initial mistake, I realized I had to rip back and re-do it.

The genius of this cabling technique is how the cabling hides the color transition. And I had totally screwed that up.  But I have made progress after  ripping back. 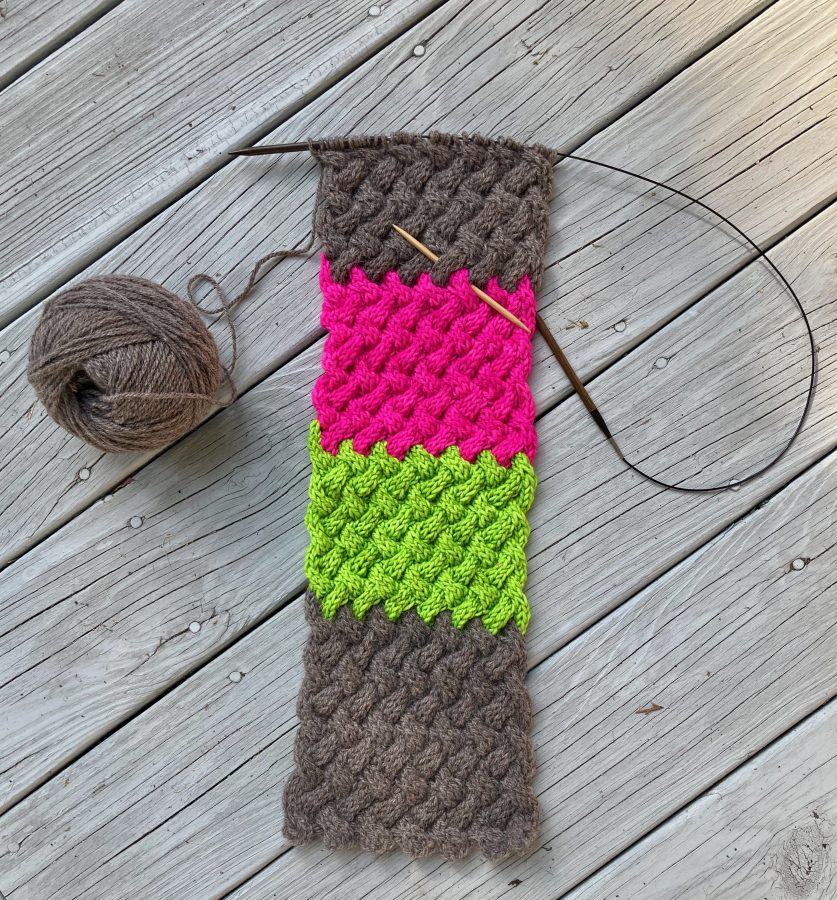 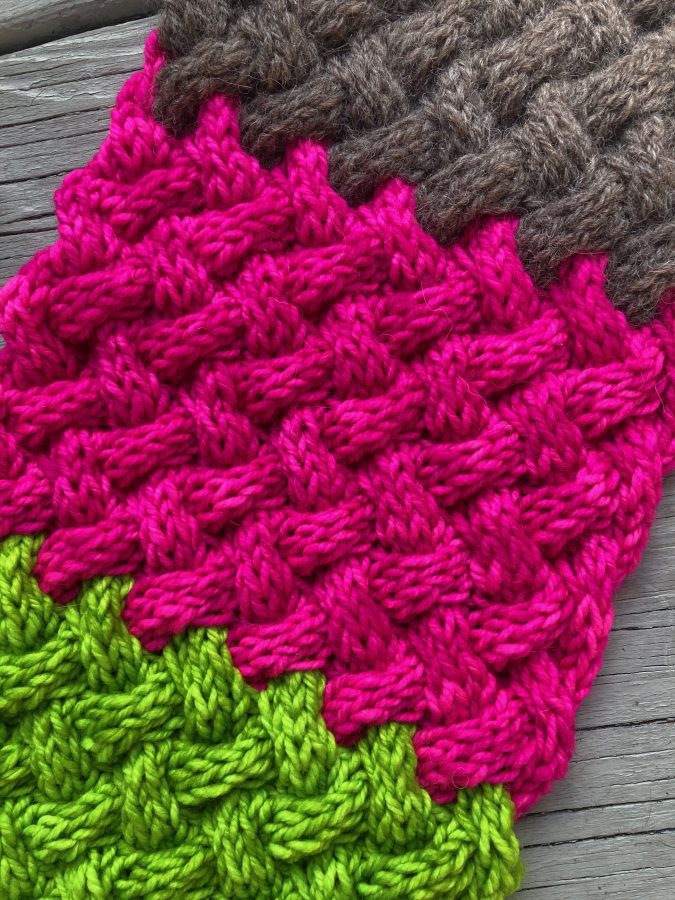 This design does require me to pay a lot of attention at the beginning of each cabling row. And to re-check it twice. But other than that, I can knit without thinking much on this one.