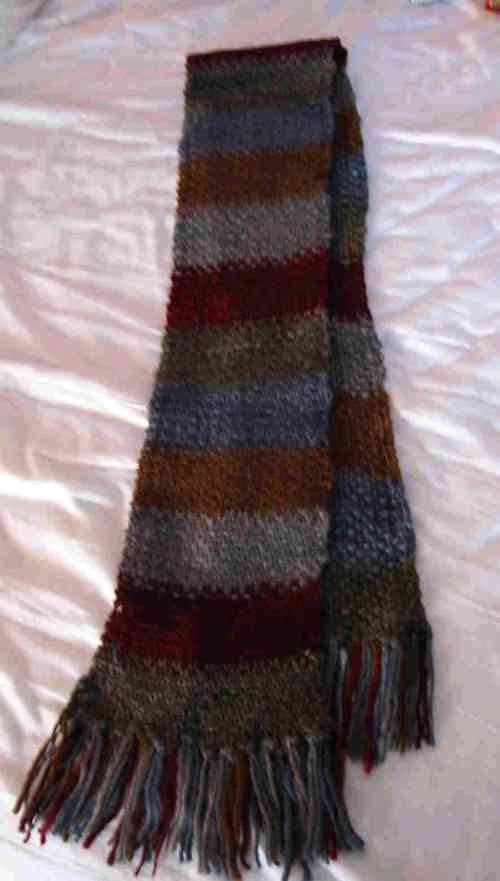 Despite the influx of multiple new projects, I completed the last Christmas gift.

As a last minute gift, I thought I could make a four hour scarf for my sister’s friend, psychic guide and massage therapist on my drive up to Massachusetts. Well, I was wrong. I got about 2/5th’s done with the scarf (using Manos on US13’s with the Linen stitch), and I realized I would have to present the gift still on the needles and complete it after the fact. I also realized I didn’t like how tight the fabric was, so I undid the two feet of knitting and reknit it on US17’s.

I’m also working on the “prize” scarf and it’s coming out VERY bright. I’m debating on making three of them and offering Wendy her choice. We’ll see how it works out. I’ve decided to make some knitted items for a craft show that my friend participates in to see if she can sell them for me for a decent price. I’ll just include the two non-Wendy scarfs in the items for the show.

I plan on making a few Head Hugger hats for the show as well, although the first one I made came out too large. I’m considering felting it, and if it comes out well, I’ll make them all that way.