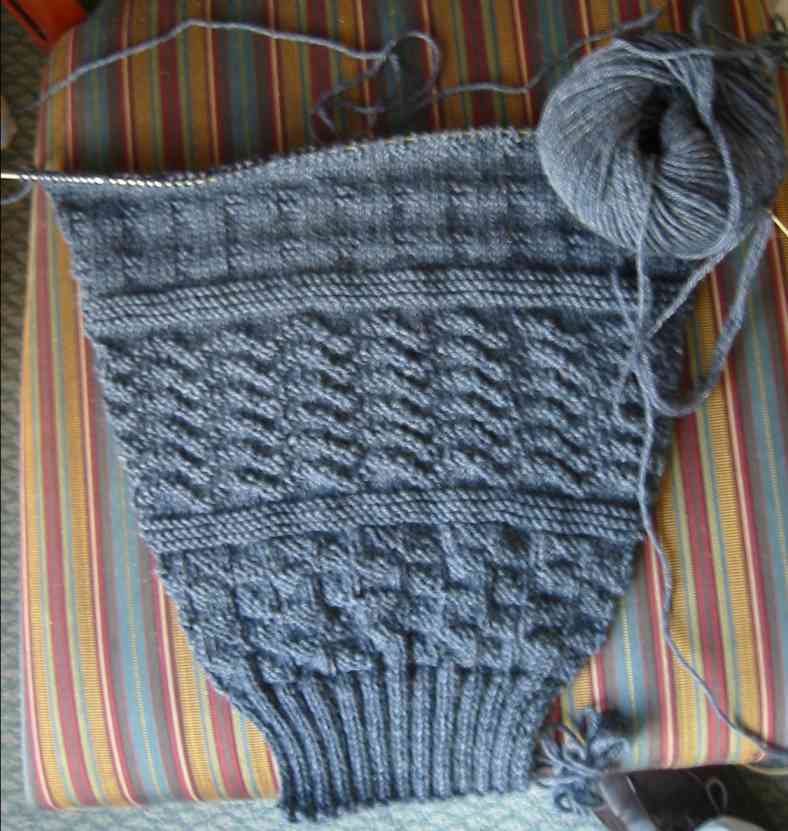 I’ve stopped giving knitted gifts at birthdays and Christmas because I find it focuses more of the attention on me, the giver, than the celebrant/recipient.

Have you ever noticed when you give a sweater or a scarf for Christmas or a birthday, everyone present, including the recipient tells you how great you are? Comments are made such as “You MADE this?” and “You are so talented.” Now, don’t get me wrong, I love hearing those kinds of comments about my knitting. But what I don’t like is that I’ve now set up an environment where the focus is off the birthday girl/guy and now on me. It’s no longer about how much the recipient means to me, it’s about how amazing I am.

Giving any kind of gift has a selfish component to it. I always want the recipient to know how much thought or money or both I put into the gift. I certainly want them to like the gift. All of these reactions are selfish from the giver’s perspective.

I was invited to a surprise birthday party a number of years back for Mick, an acquaintance of mine and Thaddeus. He is from a very wealthy family and his friends giving the party are probably the most wealthy men I have ever socialized with. Mick had been very generous with us at birthdays and Christmas, so we wanted our gift to be very special. Thaddeus came up with a great idea. We went to a local Bonzai Tree artist, and found the most magnificent miniature maple tree. It was about 2 feet tall, and about the same proportion as a full-grown tree. Since it was just around autumn, the delicate, little leaves were all in golds and oranges. Suffice it to say the tree was stunning.

Since we had to get to the party early to make sure Mick was surprised, and the only wrapping necessary for the gift was a silk ribbon around the trunk, the party guests, went bananas over how beautiful our gift was. The hosts were obviously envious. They both wanted the tree themselves, and they were envious that we had such a perfect gift for their friend. The gift was clearly having the effect of focusing a lot of attention on us…the givers.

When Mick got there and began opening gifts, he was very moved with our gift. Now that the bonzai tree was officially his, everyone told him how jealous they were of his new tree. The attention was all focused on Mick and his gift. It was by far the most successful gift we’ve ever bought.

Knitted gifts on the other hand, never seem to fully transfer the attention to the recipient after being given. Even years afterwards, when the recipient wears the sweater, people will look at the knitter and tell them how talented they are, or ask who knit that beautiful sweater.

I still make a lot of sweaters or knitted items that I give away to family and friends. Now I try to give them on non-birthdays or non-holidays. Like the sweater for my sister, I made sure it wasn’t a Christmas or birthday gift. It’s just a gift. That way, I don’t have to feel badly about taking the attention away from her on her special day.

Knitting Progress
Speaking of which, I’m almost done the first sleeve. It looks like I’ll need one more ball of the Jo Sharp yarn than I expected, but fortunately, my LYS has it and has put it aside for me. I’ll pick it up this weekend. Here’s a look at the sleeve-in-progress. 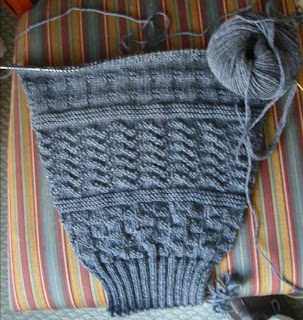